The Future of Talent in an Automated Economy

Until recently, artificial intelligence (AI) has been mainly a part of robotic technology and the ‘Internet of Things’, supporting productivity and improving the efficiency of human activities. However, the AI’s recent evolution has many wondering about the future of workforce automation and whether human labor will be eventually replaced by machines entirely.

According to November 2015’s Bank of America Merrill Lynch report, within 10 years, AI and robotics are expected to create "annual creative disruption impact" of up to $33 trillion globally, including $8 to $9 trillion of cost reductions across manufacturing and healthcare, $9 trillion in cuts in employment costs thanks to AI enabled automation of knowledge work and $1.9 trillion in efficiency. 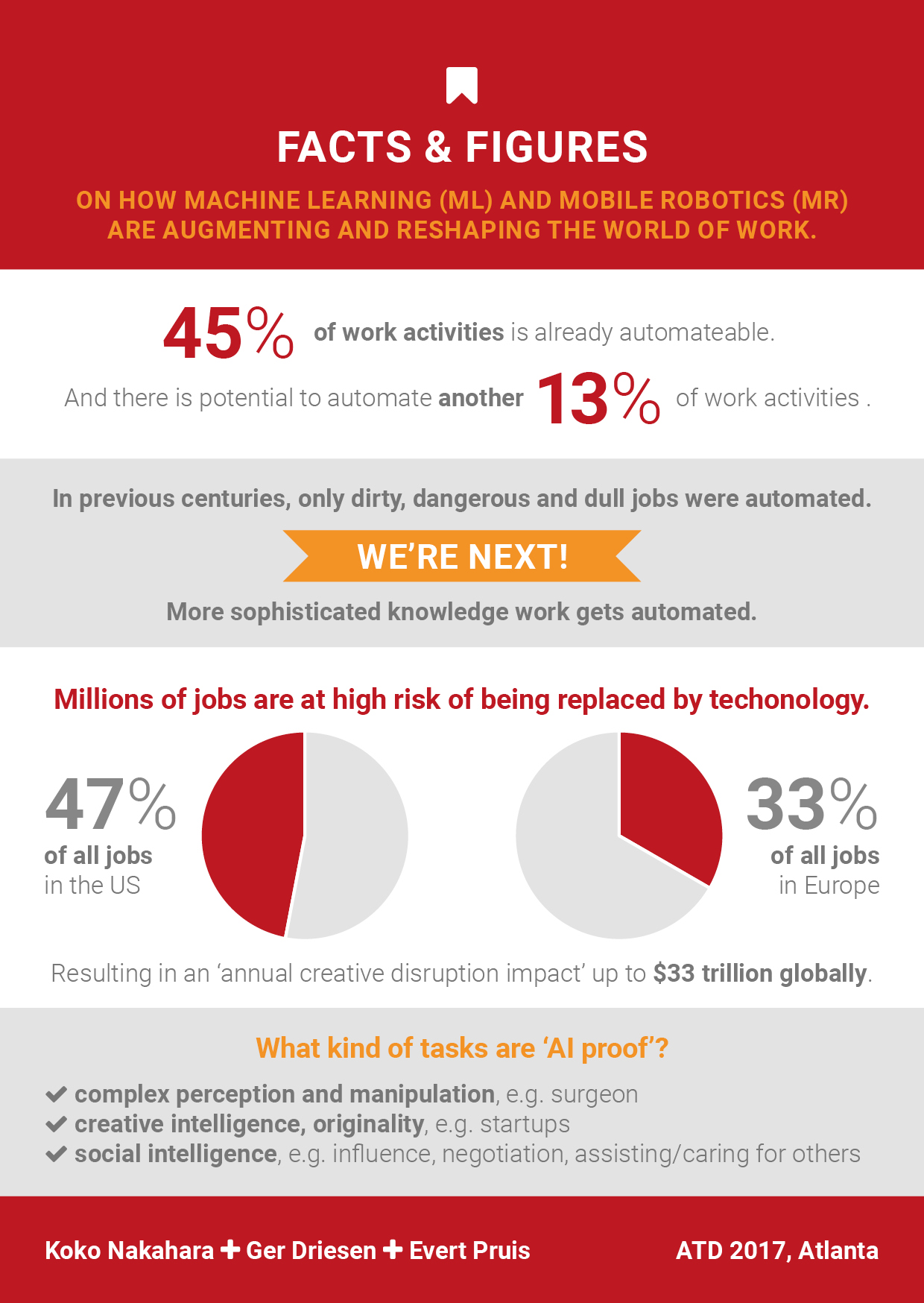 Let’s put these figures of annual financial disruption into perspective. $33 trillion is about 45% of global GDP and 3.53 trillion more than the combined GDP of the US and Europe (figures taken from WolframAlpha). That’s one incredible amount of disruptive ‘moolah’.
And consider this perspective by McChesney on the same matter. In 1964 AT&T was America’s most valuable company with a worth of $ 267 billion in 2015 dollars. It employed 756,611 people. In late 2015, Google was America’s second-most valuable company doing much of what AT&T did fifty years earlier, and a lot, lot more. It had a market value of $ 430 billion and employed around 55,000 people, which is 7%of what AT&T’s paid workforce was in 1964. So for every Google employee today, AT&T had fourteen workers five decades ago.

What is the future of talent in an automated economy?

Join me at the 2017 ATD Conference in Atlanta, GA, where Koko Nakahara from Japan, Ger Driesen from the Netherlands and I will host a panel discussion on the impact of the fourth industrial revolution on our field of learning and development.